The arcadian goddess of running - Atlanta!

Who would have thought of the protagonist of a Greek mythology story? Hercules, Perseus, Jason, Achilles, and many more will probably come to mind. But can a woman-centered narrative be effortlessly figured out?

Yes, women had a role in many stories, but we call them to side characters. In most of the Greek mythologies, the part of the female character was to fall in love with the male character, helping him to succeed in his adventures. Many times their consequences would be tragic. There are very few narratives where the main character of the story is a woman. One such story I am going to tell today, the story of Atlanta!

Atalanta was a human huntress whose name derives from the Greek 'atalantos,' which means 'equal in weight.' Atlanta shows up across Greek mythology, and whether wrestling and defeating male heroes like Peleus or riding on the Argo with Jason and the Argonauts, she's always taking names and kicking tail. You go, girl.

The story of Atlanta is ancient. The Trojan War did not begin then, and Jason did not cross the Black Sea with his Argonauts team for golden woolen sheepskin. Atlanta was born at that time. She was a princess of the arcadia kingdom of Greece. The poet Hesiod claims that his father was King Squinus of Boesia in central Greece. Another writer, Apollodorus, states that Atlanta was born in the mountainous region of Peloponnese, As the daughter of King Isas.

Whatever the patriarchal identity, there is no doubt about the dynasty in which Atlanta was born. It is mentioned in the greek folklore, that his father prayed to Zeus in hopes of an heir. So when his wife became pregnant, his joy knew no bounds. But when he had Atlanta, his face became dark. He cannot give the state to the girl child. The girl will weave clothes, sing, play, cook. They could teach the boy the rules of fighting, the strategy of state governance, and when he grows up, the father can retire by giving the crown on his head. Will the lack of a son be met with a daughter? The angry king ordered his men to drop the burden on the mountain so that the unfortunate one could die there.

One night passed. The child's cries all night became weak at one point due to hunger. And maybe one day later death would come and snatch her away. But the wishes of the gods were different. That evening a female bear came out looking for her lost cubs. The sound of the baby crying reached her ears. The bear guarded her all night.

The next day she took her to his cave. The little girl began to grow up breastfeeding the bear mother. The flowers and fruits of the forest and the wind made her strong and fast. She could run with the speed of the wind. Even animals had trouble keeping up with him.

The little girl once caught the eye of hunters while playing in the woods. They took him back to the locality. They named the baby Atlanta.

They taught Atlanta the rules of hunting, use of weapons. From then on, whenever they went hunting, Atlanta would be their companion. She quickly became a better hunter than her male counterparts. As she grew older, her beauty also increased. Once two centers chased Atlanta to rape her. Not at all frightened, Atlanta steadily aimed her bow and arrow aiming at the two miscreants.

She grew up fending for herself, hated the idea of marriage, and didn't care for men in general. She had a good male friend, Meleager, with whom she hunted. He loved her, but she did not return his affection in the same way.

The first considerable event in Greek mythology where Atalanta appears is the Calydonian boar hunt. The king of the Greek region Calydon failed to honor Artemis, so the goddess got angry and summoned a demon boar to ravage his lands. The Calydonian Boar was one of the great monsters of Greek mythology, and many great male heroes came together to kill it. There was also a woman there: Atalanta, armed with her trusty bow and arrow, was the first hunter to wound the boar. Finally, Atalanta wounded it, and Meleager killed it, then Meleager gave her the precious skin in recognition of her successful first strike against the beast.

Others disagreed with him, but no one opposed him, except his two uncles. His uncles were killed at the hands of Melezer when they started arguing with him. News of the brothers' death at the hands of her son reached Melazer's mother, Althea. she became furious with the show. She remembered a childhood story. Melazer was then a one-week-old baby. The goddess of fortune appeared in her house and threw a piece of wood into the fire. Then she started singing while weaving yarn. The gist of the song is that The lifespan of the melazer will last Until the wood burns to ashes।

. Althia immediately picked up the wood from the fire and carefully saved it. Today, after so long, she took out the wood and threw it back into the fire. Melazer died as soon as the wood burnt to ashes. It was too late when Althia realized her mistake. She lost her son and all the brothers and committed suicide.

After helping kill the monstrous boar, Atalanta grew in fame. At this time, her father popped back into the picture and offered her a place at his palace. However, there was a catch, he wanted her to be married like every other woman. But Atalanta was determined to remain a life long virgin and make her patroness Artemis proud. After a long period of persuasion, she had no choice but to agree, to regain her personal space and peace. Atlanta finally said yes to marry on one condition. The condition was that she would marry any man who was to be the first in beating her at her favorite foot race, but if he was not able to beat her, he would pay for this with his life. Despite the offer being catchy, there were still many suitors who eventually lost the race and, consequently, their lives. It seemed that the challenge was too difficult for anyone, at least until one day, when a young man by the name of Hippomenes came along and fell in love with Atalanta. He was brave, intelligent, and he was aware that he would lose the race to her if he challenged her. So he asked the goddess Aphrodite for his aid. Aphrodite supplied him with three golden apples from the garden of the Hesperides. During the race, whenever Atalanta came on the verge of overtaking Hippomenes, he would roll one of these apples across the path, where Atalanta would feel compelled to pick it up, thus slowing her enough for Hippomenes to win both the race and the princess.

They got married and adapting their new way of life and started to enjoy each other. Hippomenes and Atalanta had a son, Parthenopaios, who was one of the Seven against Thebes. But, it is said in the myth, instead of living a happy life, Hippomenes was inflicted with short memory by fates and therefore forgot to honor Aphrodite, who made this marriage possible. The goddess acted vengefully and inflicted a spell of passion on the couple while they were praying in the temple of Zeus. They made passionate love inside the temple and dishonored Zeus, who later in his act of justice, He turned them into lions, and therefore never to be able to mate again because ancient Greeks believed that lions could only mate with leopards.

The Atalanta story may reflect an older tradition of athletic, empowered free women on Crete choosing their husbands and lovers. The earliest version of the Olympic Games was believed to come from Crete and may have been made up of all women athletes competing in honor of the ancient arcadian goddess of running. 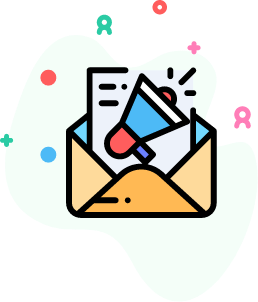 Join Me In My Journey